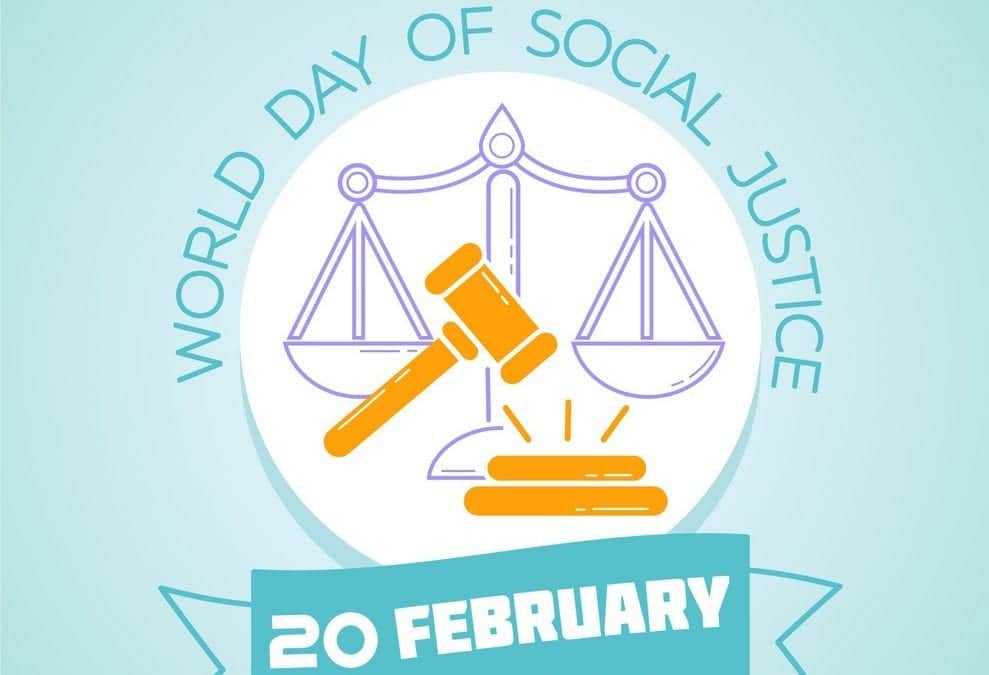 Since 2009, the United Nations has designated February 20th each year as World Day of Social Justice to raise consciousness about the glaring disparity between the “haves” and “have nots” of this world that threatens relations between people and nations, and ultimately the peace of this world.
The UN calls our attention to the ills of poverty, economic and social exclusion, and growing unemployment throughout large areas of this world that deprive many of their human dignity and human rights.

World Day of Social Justice 2020 also reminds us of the need to work for the removal of the social barriers of race, religion, gender and sexual orientation that separate us as human beings, and calls us to be especially mindful of those for whom their daily survival is their greatest desire.
As people of faith, let us lend our efforts to the promotion of a new world order where all God’s people can participate in a fair share of the goods of God’s creation. Let us also remember the words of Pope Paul VI’s January 1, 1972, Message for the World Day of Peace Celebration when he said, “If you want peace, work for justice.”

Justice is the outcome of a continuum that begins with an experience of God’s love. That love moves us beyond ourselves and into a world of human suffering. There, we will experience compassion at the plight of those less fortunate than ourselves and ultimately be challenged to act for a justice that allows all people to reach their God-given human potential and fulfillment as human beings. May this year’s World Day of Social Justice make us aware of our call to do our part to help make this possible.